First of all people, Don’t Be Stupid. Do not let your stupidity and ignorance focus blame on people like Jish. I have some Muslim friends, along with some Jewish friends. If anything, my Muslim pals are as upset about the events of September 11, 2001 as I am, if not more so. They’ve also, in the […]

Hey, if you missed the first part of this rant, go read the May 4 2000 rant first! Hola! Part two of this very long rant. Before I get into a continuation of what I was talking about last time, there’s just a few news updates. Brag Mode Site logs (as opposed to weblogs) are very […] 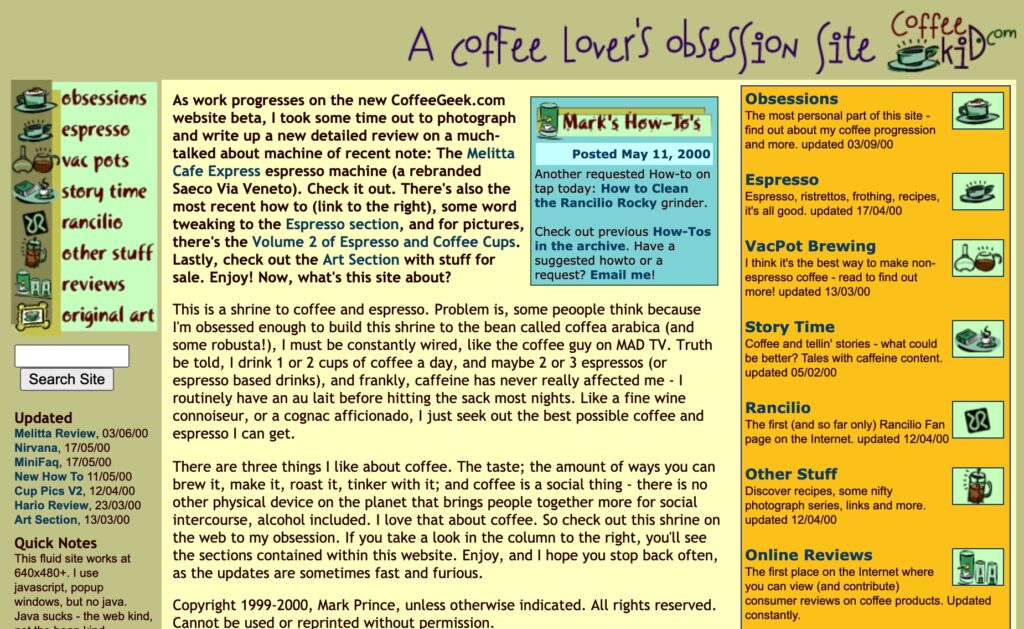 I’ve got some news for you all. I bought another new domain name a few months back. As many of you know, I’m addicted to quality coffee (surprisingly, I’m not addicted to coffee – I can go days without – just that when I drink coffee or espresso, I demand quality coffee and espresso). Anyway, […]

The Tragically Hip are the Coolest Band Ever

I’ve come to the conclusion that the Hip is the coolest band on the face of the earth. For those of you who don’t know who the Tragically Hip are, well, I feel bad for you. And unfortunately for most Americans, you don’t know who they are because they are a Canadian band with distinct […]