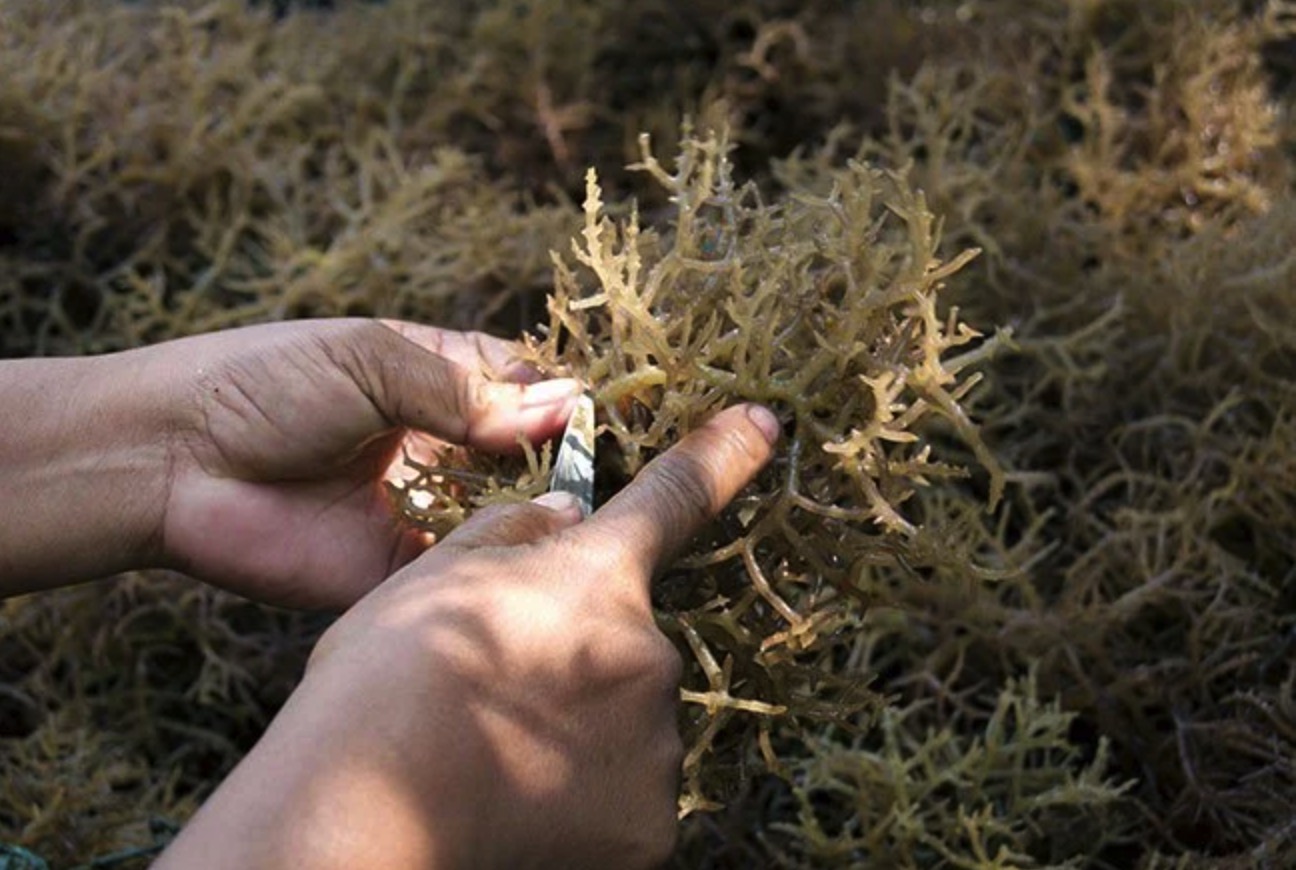 See, for many years now, I’ve been seeking out a supply of this elusive stuff that is more fine than even talcum powder. Why? If you visit this page, scroll down and find the “better frappacino recipe”.

See, carrageenan is the magic pixie dust that makes milk-based drinks THICK. As in a carton of chocolate milk. As in Starbucks’ Frappacinos. As in fruit smoothies. But it’s darn near impossible a food additive to find in the raw form.

A few years ago, I was sent some via a very kind food science student (btw, I know now his was diluted – read on). I used it extensively till I ran out – about 2 tablespoons for a drink. I was in heaven. But then I was out of stock. For several years, I sought out a new source. Then a fellow I know online, Ted Simpson, found a stock.Problem was, you had to buy in bulk, as in 100 lbs or more. And live in the midwest USA. Gulp.

Enter Barry Jarrett of Riley’s Coffee and Fudge. Barry, being one of the founders of the fine online coffee loving community, volunteered to buy it, test it, and sell it in bulk (5, 10lb packages). After getting it he decided to bag it up in 1lb packages and sell it to people like me who were seeking it out. I guess I started the trend looking for this stuff with my occasional public appeals, but others also picked up the cause. Barry sold his stock in about 3 days. Wow.

I got two lbs of it. I was worried about it being shipped across the border, because it can easily be confused with a certain illegal magic pixie dust from Colombia, but no DEA agents were at my door. Tonight, I experimented. Started out with a teaspoon in about 14 oz of ice cubes, strawberries, milk, water and sugar. I created the blob. It was so thick, I had to use a squeegie spatula (whatever those things are called) to get it out of the glass.

After much experimentation, I realized that like 1/6th, 1/8th a teaspoon is more than enough for 12-16oz of drink. WOW. I think my 2lbs is a lifetime supply!