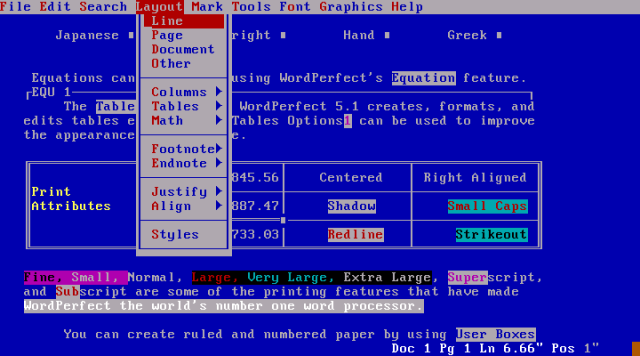 You know, I was looking on the calendar and reminiscing a bit, about my life since I moved to Vancouver.

Then I realized two things.

On February 8, I will have been in Vancouver for 10 years. Holy crap! 10 years of my life! Where the hell did it go?

And then I thought, sometime in January (soon after the term started at UBC), I first acccessed the Internet… back in 1994. That means I’ve been using the Internet for 8 years. Holy crap!

In fact, my first web page went online soon after I got online. It was a text-only “study guide” for my TA students – I was a Teaching Assistant for History 120 at UBC back then. Around early February, I put my class notes, test and paper schedule online for students to reference through their individual Unix G accounts. HTML 1.0 (or whatever the hell it was) was pretty darned simple for me to use – it was almost a mirror of Word Perfect 3 – 4.2’s “view codes” mode.

Which brings me a micro rant. Everyone loves to talk about David Berners-Lee and other “web giants” who invented this, coded that, came up with this, yada yada.

But not much credo is given online to WordPerfect, which in many ways mirrored the way HTML worked… several years before HTML existed. I give my props to those guys and gals all the time – if it wasn’t for “view code” in WP, I probably would have never taken up this whole “web game”. View Code in WP helped me have an early understanding of how html worked. It took off from there. Now I’m coding and designing sites that are run by uber-powerful database engines (and completely custom coded by my company). Go figure.

Back to anniversaries, 10 years in Vancouver next month… no, only 20 days from now. Yikes. Yikes. Lessee. 10 years ago, I’d just come off about 5 months of travelling across Canada. Previous to that, I travelled Europe. Previous to that, I went to Carleton University. Previous to that… I was in High School. Those were the major stages in my life, major changes. (btw, sometimes I rate my lifespan by the girlfriends I’ve had, but sometimes, by the major events. Which one is “better”? The one that pays homage to those I have loved in the past and present, or those that have shaped my life, outside of love? Man, what is with all this philosophizing…)

I just know I’m getting old. A few years ago, I wasn’t so happy with that because I wasn’t very happy with the way my life was going. These days, I’m a bit more secure, but I do have my regrets.

(another btw: I hate it when people say “I have no regrets”. To that I say bullshit! Everyone regrets at least one thing they’ve done. Most of us regret many things. You wanna see regrets in action? Watch Nicholas Cage’s “Family Man”. Everyone has regrets – many say they don’t to appear strong of mind and soul. I have no such worries).

My major regret is not getting back to Europe while I was still young. I am still technically young by many peoples’ standards, but not by my own. Europe is very different from a 25 year olds’ perspective than it is from a 35 year olds eyes (and I’ll probably be at least 35 before I’ll get to go again). My other major regret is not moving to San Fran when I had a chance back in 96, when I was offered a job at a still-young C|Net. It’s no surprise to many of my friends and family that I really, really do not like the governments that run my country, the callous way they are run, and the vast amount of taxes we have to pay. I’m not saying that things are necessarily sunnier south of the border, and the violent crime rates freak me out constantly (as do the very apparent signs of racism I see every trip I make south of the border), but taxation levels and govt interference in your personal life is much lower. Plus I would have made a veritable mint at C|Net.

Still, I cannot complain much. I’ve got a relatively good (if shaky at times) job, I’ve got Jeanette, I’ve got our two dogs (Teddy’s pictured, holier than thou, above), I’ve got a safe home to live in. I get to persue one of my passions in life (espresso), and I get to write about it, and I get to be interviewed about it, like I’m sumkinda expert. I live in what is probably the best city in Canada, on a visual and natural level (not on a political or infrastructure level by any means), and I don’t freeze my nutsacks off in winter like I did back in Ottawa.

And after almost 10 years, I think I’m home.