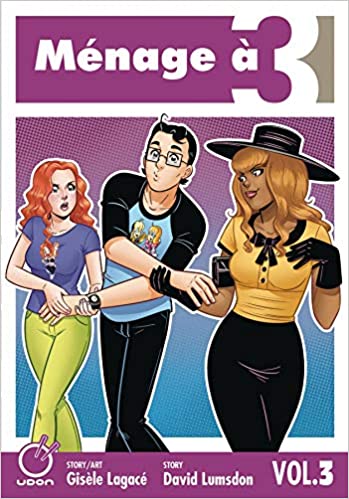 I spent quite a long time in Europe. In fact, I travelled around to a lot of places, especially those kinds of places that aren’t on your typical tourist bus junket. Now, since my mom is most likely going to be reading this, I can’t talk about some things, but there is a couple of stories I can talk about.

How much for the Bloke?

The first one involves me, a pawn shop, and a drunken stupor. I got pictures for this story somewhere, but I can’t find them right now – I’ll post them when I do.

When I first traveled across the channel from France to England, I was travelling with an Aussie friend I made – Matt Lee. I had a little travel “catch all” which is a bit hard to describe, but inside it held my tickets for train and ferry, my travel diary, my travellers cheques, and my passport. (I had my travellers cheque stubs and copies of all my ID in another part of my backpack, for security). Well, I did a bonehead thing on the ferry – while taking pictures of the Dover coastline, I put my little travel catchall on the deck, with my foot on it, but took my foot off when photographing a bird… and a massive gust of wind blew it into the water!

Anyway, to make a long story short, I had to go back to France (they wouldn’t let me into England), and spend three days getting a copy of my passport, travellers cheques replaced, etc. Matt had gone on to Canterbury, and we were going to meet up there. So I get back on the ferry, get to Dover, and I booked a bed at the hostel for the night. But I didn’t know that hostels in Britain are different from those in France – an 11pm curfew! So, without knowing, I went to a local pub, got blindingly drunk with one of the locals, and stumbled back with the help of my new drinking buddy to the hostel – to locked gates.

No problem my buddy said – you can stay at my place. Now, I started to get defensive… this guy I don’t know other than as a drinking partner, inviting back to his place… but what the hell, I went, and it turned out he owned a store (what kind, I couldn’t figure out in the dark). He had a little 2 room home in back of the store, and said I could sleep on a cot in the main store if I wanted. Cool… and that’s what I did.

So the next morning, I wake up with a strong hangover, and a stronger bright sunlight flooding in on me. It takes a while for me to get used to my surroundings.. but all around me were power tools, cameras, CDs, and tons of other stuff. As I sat up, I saw some people peering in the window staring at me… I was puzzled… then I realized there was a sign at the foot of my cot. So I grab it, and on it is written “Canadian Bloke – Hardly Used, OK condition, 300 Pounds”!!

Still not sure if I woke up being tied to slavery or something, (hey, I was hung over!) I heard some big time guffaws behind me, and Darrell, the drinking buddy, was having a good laugh. I was freaked a bit, asked what the hell was going on… he said he normally opens an hour before now (the time I woke up), but instead, he put a sign in front of me as a joke… hope I didn’t mind too much. That’s when I found out he owned a pawn shop! Oh well, it was all in good fun. And to make matters even better, Darrell sold me a Canon SLR camera with a couple of lenses for about 1/3 his asking price… cool guy! I left thanking him profusely, grabbed my stuff from the hostel, and took the train to Canterbury.

Two in Hand – But the Aussie Ruins the Day!

OK Mom, if you’re reading this far, STOP READING!! Anyway, another Matt story. I don’t know why most of my friends don’t believe this story, but Matt knows it’s true, and has never stopped apologizing for it. And no, I don’t have any pictures of this event!

We were at the Pink Palace, a notorious hostel in Corfu. We just got in, and were enjoying the spectacle of what, for the Pink Palace-uninitiated, is famous for – party party party party. Matt and I checked in, and checked out the Palace’s own pub, and started drinking the ridiculously cheap beer (about a dollar for a 16 oz. bottle). Soon, Matt found his “femme du jour” (Matt always got the chicks), and I was left on my own. I never get the chicks!

Oh well, I was sitting at a table with a bunch of other people, chatting to one average looking woman from Leicester. Her friend didn’t talk much, (she was better looking), and I thought I was bombing big time, and I wasn’t even drunk. It was getting late (about 1am), and the first woman, Clarissa, I seem to remember as her name, said her and her friend were going down to the beach… did I want to join? Well, don’t twist my arm! I went with them to the beach, where they smoked a joint, which I didn’t share in (I’ve never smoked a joint in my life, though no one seems to believe me except my long-known friends).

Anyway, I started making out with Clarissa, which was really weird, because her friend was just watching us, from about 15 feet away. This went on for a while, then Clarissa broke away from me, and crawled over to her friend… and they started making out! I was freaking out (my favourite word) – I didn’t know what to do, as I’d never been in that situation before (and probably never will again). Now before you go thinking this is a story for Penthouse Forum or something, it isn’t. Though I really wanted it to be.

As Clarissa and her friend were getting pretty hot and heavy, she looked at me, and with this wicked English accent asked me what the hell did I think I was doing, and told me to come over! So, apprehensively, but VERY excitedly, I crawled over, and starting kissing the friend…

Anyway, no more details on the groping, but within about 2 minutes of me joining in, I hear, faintly, in the distance, my name being yelled out. I ignore it… and it’s yelled out again… I thought it was my conscience or something (bad conscience! bad! go back to sleep!) but it kept getting louder and louder. Within a few minutes, I could tell it was Matt, yelling out my name. As he got closer, the girls stopped. Finally, when he was about 100 yards away, (it was dark), I stood up, and yelled, “What the fuck do you want!!!!”

So he stumbles over to us, and in his drunken way, says “Mahk (that’s how he pronounced my name), I’ve got you set up mate!” I’m like, “leave me alone Matt, can’t you see what I got here! hint hint”, but he doesn’t listen. “The bird I got, she has a friend, see, who’s lonely… and you always say I go off with the women!” he rambles on. Finally, he notices who I am with, and gets the picture… and goes away.

But too late. The atmosphere was doused, the girls were cold, distant, and within about 5 minutes, both of them got up and headed back to the hostel. GRRRRRRR I hate Matt!!!!! For days afterwards, I didn’t speak to the guy, and I made sure he knew what the score was. At first, he didn’t think it was a big deal – yeah, I suppose surfer boy looks get you a dozen girls at a time… but eventually, he realized what he did… and hasn’t stopped apologizing for it. He even went so far as to try to set me up with an absolutely gorgeous woman (and she was willing to do it – what he promised her, I don’t know!!! heheh) which actually made me even more mad at him! “I can get my own dates, thanks!!” I said, though I instantly regretted it – that girl was amazing.

Anyway most of you guys reading this know this is probably the most common male fantasy, and most of us would sell our souls for this kind of event… and I ALMOST had it, if not for a drunken, idiot Australian! Oh well, a few months later, I forgave him hehehe.

(ed.note: another tale from a sordid, sex starved youth past I decided to bring on board to Spiffle 2021)