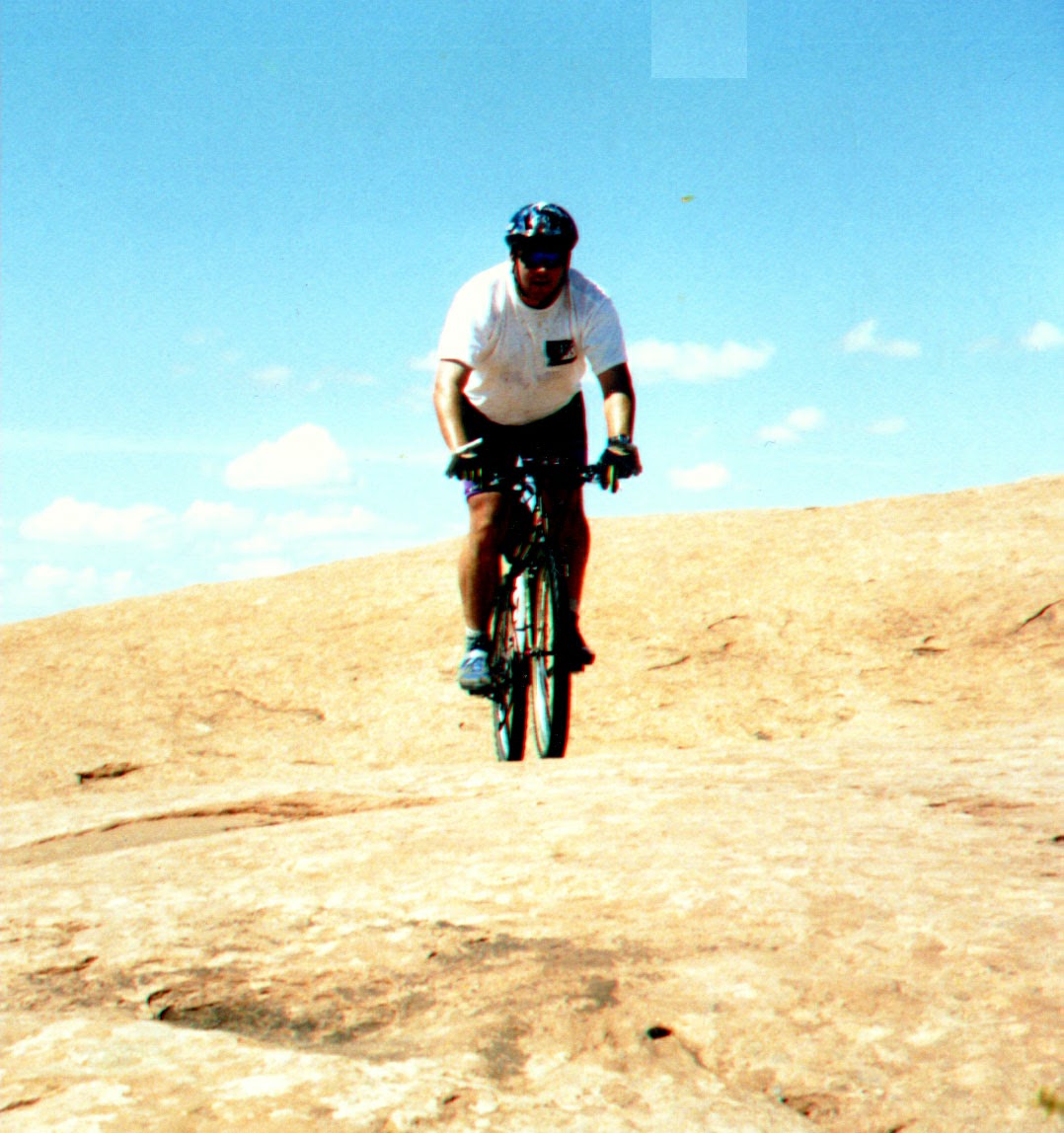 I really love Mountain Biking. Ever since the sport first arrived, while I was a young teen living in Ottawa, I’ve always been intrigued by off road thrashing! Its one of the reasons I moved to Vancouver! (the other reason was doing my Masters at UBC). I’ve cut trails all over the world, from the mountain bike Mecca in Moab, Utah, to the horse trails on the Penine Trail in England. But, some of the best riding available is right here in Vancouver, British Columbia.

We’ve got some pretty nasty trails on the North Shore mountains here, as well as Vancouver Island. The North Shore trails filter through the Baden Powell Trail and other trails too. There is a Secret Mountain Bike Society on the North Shore too, and for the past ten plus years, they’ve been cutting trails all throughout the Mountain ranges. The Island has some excellent biking trails, singletrack, and challenging terrain.

When I manage to drag my sorry bones out these days to ride, I usually hit the trails in the Endowment Lands, the wooded areas surrounding UBC’s campus. One of my favourite routes is to bike up to the south side of the Endowment Lands, and hit the various trails leading north, until I come to a rather tame (with a slightly challenging end run) downhill run to Spanish Banks. I then bike home following the shoreline bike trail.

My first true mountain bike, one that could really take a beating, was a Specialized StumpJumper I bought back in 1987. It cost me a hefty amount of my student loan (heheh), but it was worth it. I biked to Carleton University from my home in the Glebe almost every day, even through the winter. I biked the Gatineau hills, on many of the horse trails that filter through the park. I broke my collarbone once, I broke three fingers, I sprained my ankles numerous times, and finally, in 1990, I destroyed my bike (ever seen a shredder cry?), when I did a major endo on a challenging track I hadn’t ridden before. I suffered scrapes and bruises, and my bike suffered a cracked frame, a warped front wheel, and a bent fork.

I then went to Europe for quite a while, and I traveled almost the entire continent, but one of my best experiences was when I cycled and horse-rode the Penine Way in Northern England. I did the entire trail, which is 400 kms long, in about 10 days. This trail is simply awesome… there is no other words to describe it. I was lucky too, I did the trail in early November, when it wasn’t so busy and it was relatively warm in the region still.

When I came back to Canada, I settled in Vancouver, and some of the most amazing riding is right here. In my first year here, I bought a used Marin Bear Valley SE and I souped it up with lots of customizing… still rigid fork though. I lived on the North Shore for my first year here, and the trail riding was endless. I remember one trail that followed a creak down the mountainside, that ended near where Marine Drive splits into another street. This trail was awesome, and had everything: steps to conquer, creek crossings, railway tie-steps, shallows, even a gravel road to follow for a bit.

But the best/worse trail I rode was one in Lynn Valley Canyon. The trail follows the canyonside, and is normally easy. I was riding with friends one day after a big rain storm, and on a very narrow section, right beside the cliff-drop, my back wheel slipped off the side! I started to fall! I had clipless pedals, and as I was falling, with my feet still anchored to the bike, I managed to grab onto a small tree that was growing right at the edge of the trail…. I held on, with my body scraping against the side of the cliff! I yelled to my friends, but they were way ahead, and in the awkward position I was in, I de-clicked my pedals, and my bike fell about 15 metres to the ground below. I managed to climb down, and when I got to my bike, I cried again! You guessed it. It wrapped itself around a large boulder and the frame split at the joints.

I needed to replace the bike, so I went to Dunbar Cycles in Vancouver. Dunbar Cycles is an independent bike dealer here in Vancouver, and I rate their service and prices highly. They deal mainly in Specialized, Marin and Norco bikes, but they carry other brands as well. Ask for Phil and check out how he likes to flick bikes’ frames to show you the material it’s made out of! (chink!). Or better yet, get a kick out of Brian’s gravelly voice and wide biking experience!

A New Bike, and a New Thrill!

Anyway, I bought my next bike from these guys: a brand-spanking new 1994 Specialized Rockhopper decked out with Shimano LX components. This bike blew my 1992 Marin Bear Valley. I fell in love with this bike, with its two-tone wine and olive drab colouring (check out the pic!). Within three months, I had the bike decked out again: Marzocchi shoks, 525 Shimano pedals, Team Issue Control Stix, and lots of Ringlé Fluff! I took this bike everywhere, including Vancouver Island and Moab, Utah.

Jeanette and I visited Moab on our summer vacation in 1994. We went in late August (that’s right… it was HOT) and let me tell you — it lives up to its reputation! We made it a roadtrip to remember – from Vancouver to Seattle, to Portland, Boise, to Salt Lake City (oooo Mormons!), then an overnight drive to Moab. When we arrived, it was about 35 Celsius at around 10 am!! Undaunted, Jen and I found a motel with rooms (that allowed us to keep our bikes in!) and toured the town for the afternoon.

The next morning: mission SlickRock! We biked up the long road to the start of the trail (bad mistake), thinking it was “what’s done”. When we got to the trailhead, we saw tons of cars! Yikes… we had climbed about 1 km in elevation just riding up to the trailhead! We found a nice couple willing to give us their water (they were leaving), and after a short rest, hit the trail. I have never ridden anything like it. I was able to ride, without slipping, up grades of 45 degrees and more (the picture to the left is one such grade – the angle of the shot doesn’t do it justice!) It was very hot, (about 40+ C) but also dry… we didn’t notice the heat much, but it was important to remain hydrated. I carried two jumbo water bottles on my bike, plus two in a fanny pack – Jeanette carried two more bottles. It was barely enough!

We rode the entire loop, making it in about 4 hours (with lots of stops for sightseeing and breath-breaks – the elevation was pretty high). The best part (I guess), of biking up the hill to the trail head was coasting back down to Moab! I hit speeds of 80 kph going down the blacktop to the town… wadda rush! Heck, if it wasn’t so switch-back like, I bet I could have hit 100 kph, it was so steep at times!

Over the next several days, we explored the region, checking out the Jeep Trails in the area, other biking trails, such as the Dead Ghost trail and the Monkeys (?) trail. Overall, it was an amazing experience, and I really recommend to anyone into offroad biking that the pilgrimage to Moab is worth it. And if you do go, don’t forget to check out Rim Cyclery – the Mecca of mountain bike stores.

A Sad Goodbye, and a New Beginning

Now for a sad history in my my Mountain Biking experience. My beloved Rocker… the one I modified, added to, and lovingly maintained… I had to sell it to pay for schooling costs, because I was broke! (sob!) I sold the bike for $1,000, which kept me going until my own business picked up again, but I was bikeless for 5 months.

Then in May, 1995, I was making enough money again to buy my current beast: a 1995 Specialized StumpJumper (yay! it’s Stumpie˛!). Anyway, I’ve had Stumpie˛ ever since then, and while I haven’t done nearly the customization on this bike as I did to the Rocker, it’s still got some personality: my mojo device: Bugs Bunny. I slapped on some clipless pedals, new bar-ends, a cool lighting system, and a heart-rate monitor (I’m not in as good a shape as I used to be!).

My latest craze is night trail riding. I sometimes go riding the trails of the Endowment Lands at night with my friend Paul or Ethan. Even with the powerful illumination, its still a thrill a second. Last winter, you got the added snow and ice patches – and you got yourself a fine dandidily oldoly thrill seekin’ Mister!

I’m not crazy about this new helmet law in Vancouver either. It’s all fine and dandy to try and protect people, but I am sick and tired of the way various (ie, too many) levels of government in our country feels the need to tell us what to do. Too much power tripping, in my opinion. And besides – the last time you rode a trail, how many cyclists did you see without a helmet? Cyclists are smart people. Sure, we have our share of losers and idiots in our sport of choice, just like any other group, but by and large we all know that cycling is potentially a dangerous sport, and we take the appropriate measures to protect ourselves. We don’t need the government trying to show us how powerful they think they are by imposing yet another intrusive and commandant-like law in our faces. 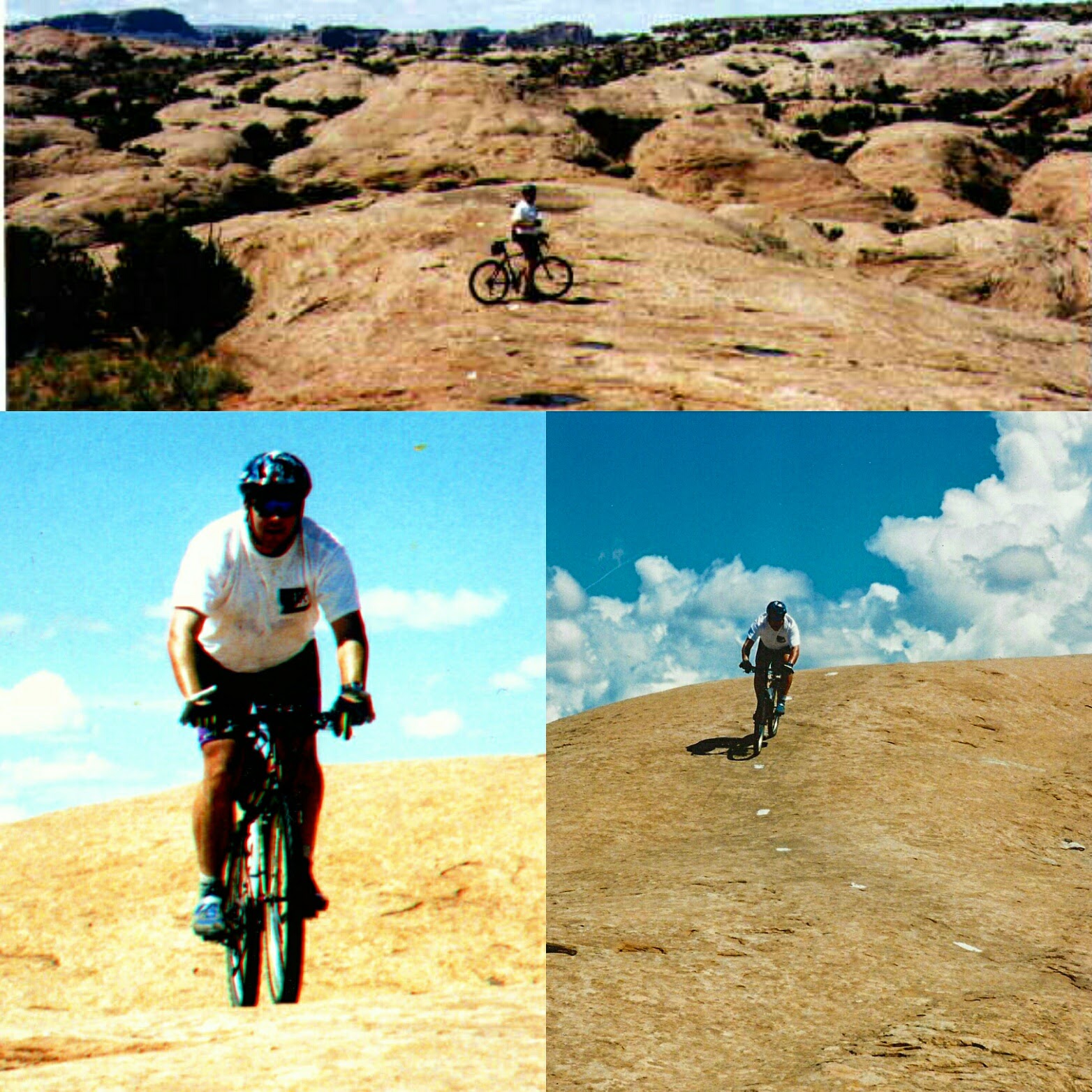