Making Snow at the Fortress 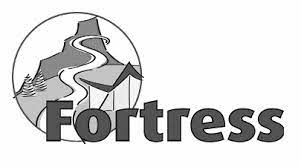 Probably the shittiest job I ever had in my life was making snow at Fortress Mountain in Alberta. I was travelling across Canada at the time, and needed a job to finance my further travels. Making snow is not fun. Getting paid to make snow is not fun either because it’s a pittance. Quitting the job of making snow, on the other hand, is lots a fun, and has lots of benefits.

I was in Calgary, on my last dollars, and looking for a job. I hooked up with two Aussies, James and Brett, and they told me about a ski resort that was hiring. Cool I thought – I like to ski, I’d meet lots of people, it would be a blast. So I headed up to the resort with them.

My first problem was one of association. To me, skiing in Alberta is Banff – you know – the picturesque village, the cool pubs, the party atmosphere. Well, Fortress Mountain isn’t anywhere near Banff. In fact, before you enter Banff National Park, you turn off of Highway One, and drive down a south bound road for about 30 kilometers. Finally, you find a small dirt road that takes you up to a second class resort. I made it to Fortress.

So I hung around in the staff quarters for two days waiting for an interview. By the time I got one, the only jobs left were making snow. Making snow? What the hell is that? They explained it to me – I work the snow making machines, monitoring them, doing routine maintenance, etc., and I do it overnight. But hey, I get the use of my own snowmobile 24 / 7 they told me. Cool. So I signed on. Then they told me how much the job paid.

Well I was desperate for money, and I was committed, so I stayed on. I signed a contract (before knowing the pay structure) for the entire season. After signing, they warned me about up and quitting. I guess a lot of people do that – go figure. So I stayed on. But first, I went back to Calgary, via the Hill’s bus (and I had to pay $7 for the privilege) and I had to buy proper boots (Sorels for about $75) good gloves (another $30, and a few warm sweaters at some second hand shop, socks and t-shirts (about $120). Altogether, before I even made a dime of my lousy $500 a month, I had to outlay about $240 for the equipment needed for the job – I had to hock my camera to do it. So I start my job. And my nuts freeze off. Literally. One thing I was totally unprepared for was the cold. You see, growing up in Ottawa has given me “cold weather” hardening. I’m used to -35C weather with a windchill of -50C&#8230; but I was not prepared for what Fortress had in store for me. The first night, the mercury dipped to about -45C in shelter, and the winds topped out at about 70 kilometers per hour. That’s enough to roll you down the hill if you get the least bit off balance – add to the fact that you’re screaming around on a skidoo at 30 kph, and you end up with a real arctic experience.

So the first night, I froze my nuts off. I froze my fingers. I froze my ears to the point where I’m sure I had frostbite. And I froze my eyebrows to the point where they were breaking off when I rubbed them. It was not much fun. Somehow, I managed to survive that night of hell. Then I went to my new staff condo – filled with kids 6 years younger than me, full of garbage everywhere, and the smell of pot full in the air. Nice.

But I put up with it. I put up with the meager pay, the cold nights, the hellhole accommodations for a month. With my staff pass I got to ski free anywhere in Alberta and some mountains in BC, because of some agreement between the mountains, and during the afternoons, I tooled around on the skidoo trails, becoming quite good at racing and jumping. I learned how to scam food (which was fairly easy for me since Brett the Aussie worked in the kitchen), and I even learned how to jimmy the pool table in the resort lounge for free games. I got my first paycheck after two weeks (about $380 after deductions, rent, and the food I ate that wasn’t “free”), and then eagerly awaited my second paycheck. Why? Because I was breaking out, baby! That’s why! Fuck that job!

I had it all planned. I had no ride at Fortress, and if I took the bus I’d be found out. So I planned my escape – I arranged a ride with this Karen, a woman from Calgary I was casual with. She showed up the day I got paid, so I left some clothes, put the skidoo in the mechanics shed, and boom, I was outta there. I felt like I was breaking out of a prison, and in many ways, I was – after all, it was a “Fortress”.

So I made to Calgary, and Karen put me up for a few days while I planned my next moves. Karen helped me get another job, at The Rose and Crown in Banff. It was my “dream travel job” – a bartender at a cool pub. Then Karen and I had a big fight, so I had to stay at the hostel in Calgary. That’s where things unraveled a bit.

You see, because I disappeared, it was thought I was lost on the mountain – maybe because I left some clothes at the condo, maybe because they didn’t find my skidoo, which was hiding in plain site in the mechanic’s shed. They sent out search parties. It made the news. It was a disaster. Then I ran into James, the other Aussie, while he was in Calgary on his 3 day leave of absence. He told me all about it. I freaked.

So James went back to Fortress to say what’s up, and I went on to Banff to work at the pub. Oh, did I mention I kept my staff pass? Of course I did – it gave me free skiing at Lake Louise, Mount Norquay and all the other mountains in Alberta. And ski I did – every single stinking day. I skied more that winter than I have in my entire life. And I was pulling about $100 a night in tips alone at the Rose. Sweeeet.

Then, three weeks after getting my dream job – guess who comes up to the bar and orders a drink – my old boss. Needless to say, he freaked, I freaked, he threatened to get the cops (looking back, that was a joke – what are the cops gonna do about a broken contract? But at the time I was worried). Oh and how convenient – it turned out that the manager of the Rose was a friend of his. Guess what – I lost my job.

Oh well, I was sitting pretty, with over $1,800 saved from my three weeks of work. I didn’t get my last paycheck (I should sue!) but who cares – I hopped a bus to Lake Louise, stayed there for three weeks, and I skied my brains out. A fun time was had by all.

So now you can see how quitting a miserable job does have its benefits. Especially when the job you quit is making snow for the Fortress.