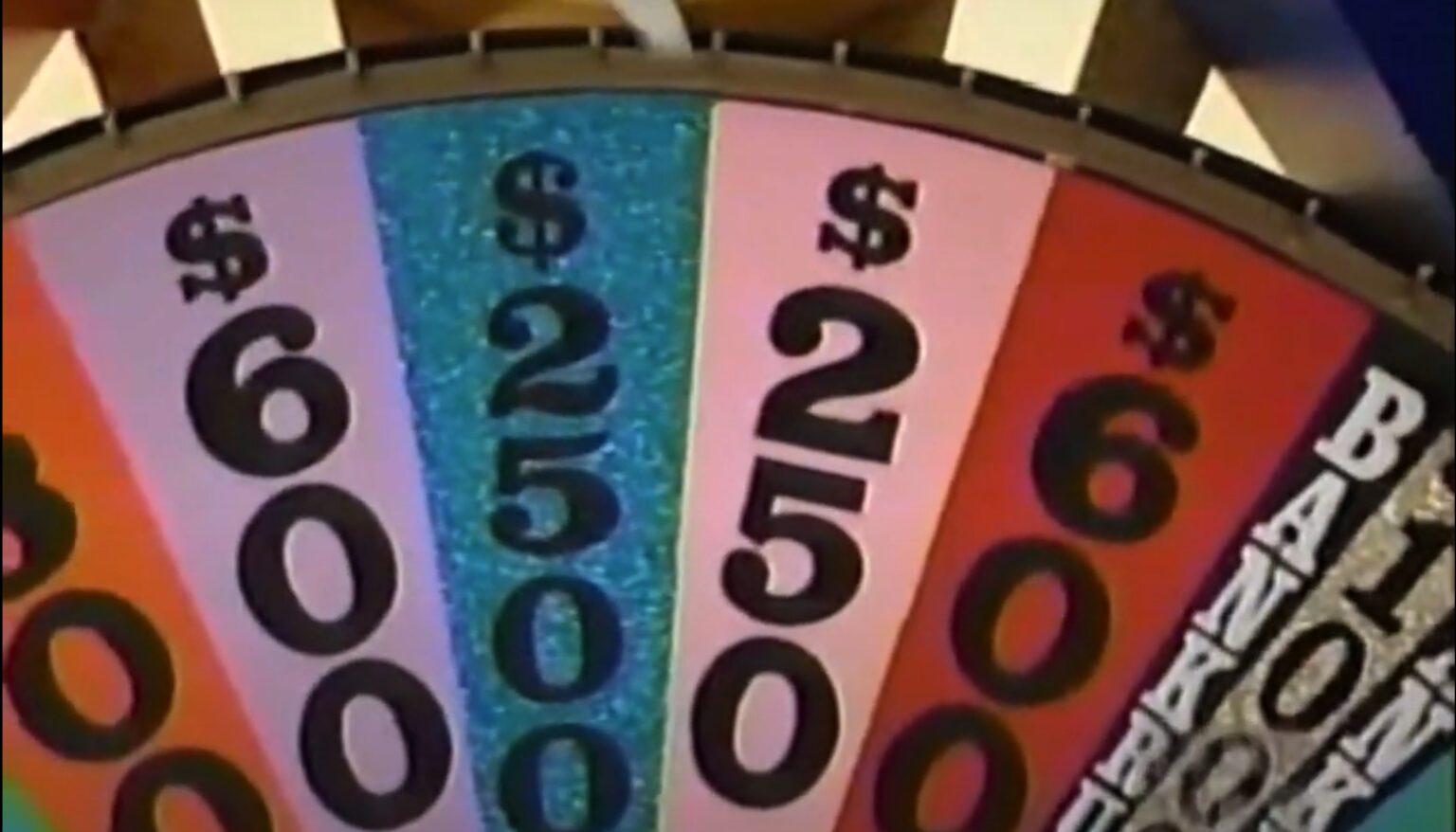 Is it just me or is Wheel of Fortune the stupidest show on television?

I just don’t get that show. It sucks so bad, it’s one of only two television shows I actually jump to change the channel on, even if I’m not sitting by the television (the other is Grace under Fire or whatever – that woman’s voice grates on my brain like nails on the blackboard).

Here’s my take on Wheel of Fortune. You have this television show hosted by some smug, narcissistic guy (see Zannah!), one of those “I’m definitely all that” kind of people. You have Vanna White who has no real skills, but amazes all of middle America with her ability to turn a letter. Then you have the contestants.

The contestants. Sheesh. Where do they find these people? Do they have “Stupid, Ugly and Weird Speaking Contests” in small town malls or something, then pick the worst from the bunch, or what? The few times I’ve actually watched Wheel of Fortune (one time, I was sick in bed, and I was in that in and out sleep mode, and couldn’t find the remote), the contestants have been hokey yokels from some place in the midwest or something. One guy, I remember vividly in nightmares, shouted every letter, every answer. Not your normal game show shouting, but break the glass honey, I’m home kind of hollering. Very impressive.

At least a show like Jeopardy has mental bigwigs on it, no matter what they look like. Not so with Wheel of Fortune. I can remember shouting the damned phrase at the screen, when it was so obvious, it was something like “A babe in toyland” and the yokel spinning the wheel was guessing “a game in boyland” or something, when the last contestant had already picked g and found out there wasn’t any.

Another thing I noticed the very few times I watched the show (years ago, btw), was that whenever the person spinning was on a roll, they’d almost always hit bankrupt or something. And I’m sure it’s no fluke – that damned wheel spun to an almost abrupt stop.

Now I’m sure I’m going to get some snide email from some Wheel of Fortune fan berating me, and saying something like “if you hate the show so much, why do you know so much about it?” Well truth is, I don’t. I don’t know the host’s name, I haven’t watched it in about 3 years at least, (though I’ve actively changed channels when I hear the stupid music playing, even if I’m in a different room). All I know is, it’s a stupid show, with stupid people, a stupid host, a stupid gimmick, and everyone, with maybe the exception of Vanna (who does nothing for me) is butt ugly or goofy looking.

Yet the damned show is still on! It’s on here in Vancouver at 7pm right after the BCTV news. I like to turn BCTV on for the news, and listen to it while I’m on the computer… so I always have to jog into the other room at around 7 and turn the telly off or change the channel. Who the hell watches this show?? Is Merv Griffen paying stations to keep it on? Is that why the prizes are so lame and cheap? (“Yes, I’ll take that dining set for $1,400 please” when it looks like a Sears bargain basement special for $350).

Wheel of Fortune sucks. Its host sucks. Its contestants suck and should go back to their little shacks in the bayou or wherever they come from. They should ditch the show and put quality television on at 7pm, like Gilligan’s Island, Three’s Company or Hogan’s Heros (number one in Germany right now!)… anything would be an improvement – heck, give me a test pattern at that time slot, and I’ll watch it over Wheel of Fortune any day.

Yesterday, I was at a strip mall waiting for Jeanette to finish in a store. I was enjoying one of my increasingly rare

You know what’s a crying shame? The fact that the music industry in Canada has laboured long and hard to make people feel

My Own Personal Catcher in the Rye

About a year ago, I wrote a 4 part serial in this here section – 4 rants taken up with part rant, part

I’ve been thinking about the Net again recently. The last five months I’ve been a pretty busy guy – new home to deal

I think I’ve come as close to the feeling of giving birth as I’m going to get. Why hasn’t this site been updated