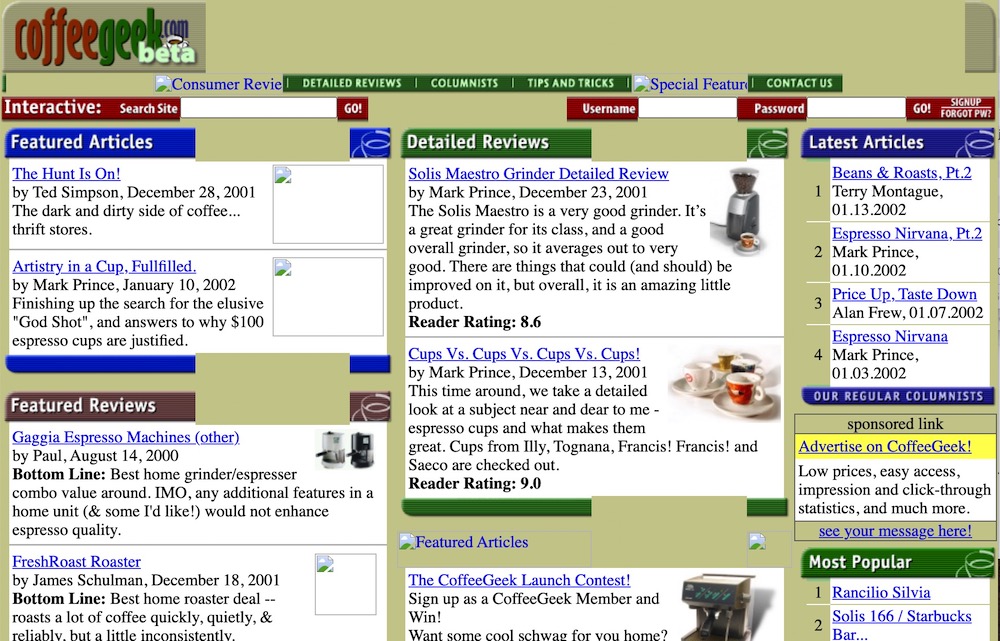 Hey. I was very remiss in not mentioning this here. But here goes, and what a lead in: How’d you like to win a $430 espresso machine? Or a $140 grinder? If you would, then head over to www.coffeegeek.com and check it out. Of course, I hope that you would want to check it out for more […]

This site you are reading now has had a long evolution. In it’s first incarnation back in early 1995, it was called “Mark’s Place on the Net” (MPotN) and featured stuff like my hobbies and not much else. Well, there was one thing: it also featured a section called ID Sucks, which referred to the […]

A History of My Internet Experience So Far

Hey. May the Fourth be with you! Yet again, I have to start off a rant saying “yeah, it’s been a while, I know”. I’m looking at changing this in June. In the meantime, this rant I wrote (originally in Word), is so bloody long, its going to have to be a two-parter. I guess […]