IBM Thinkpads are the Greatest 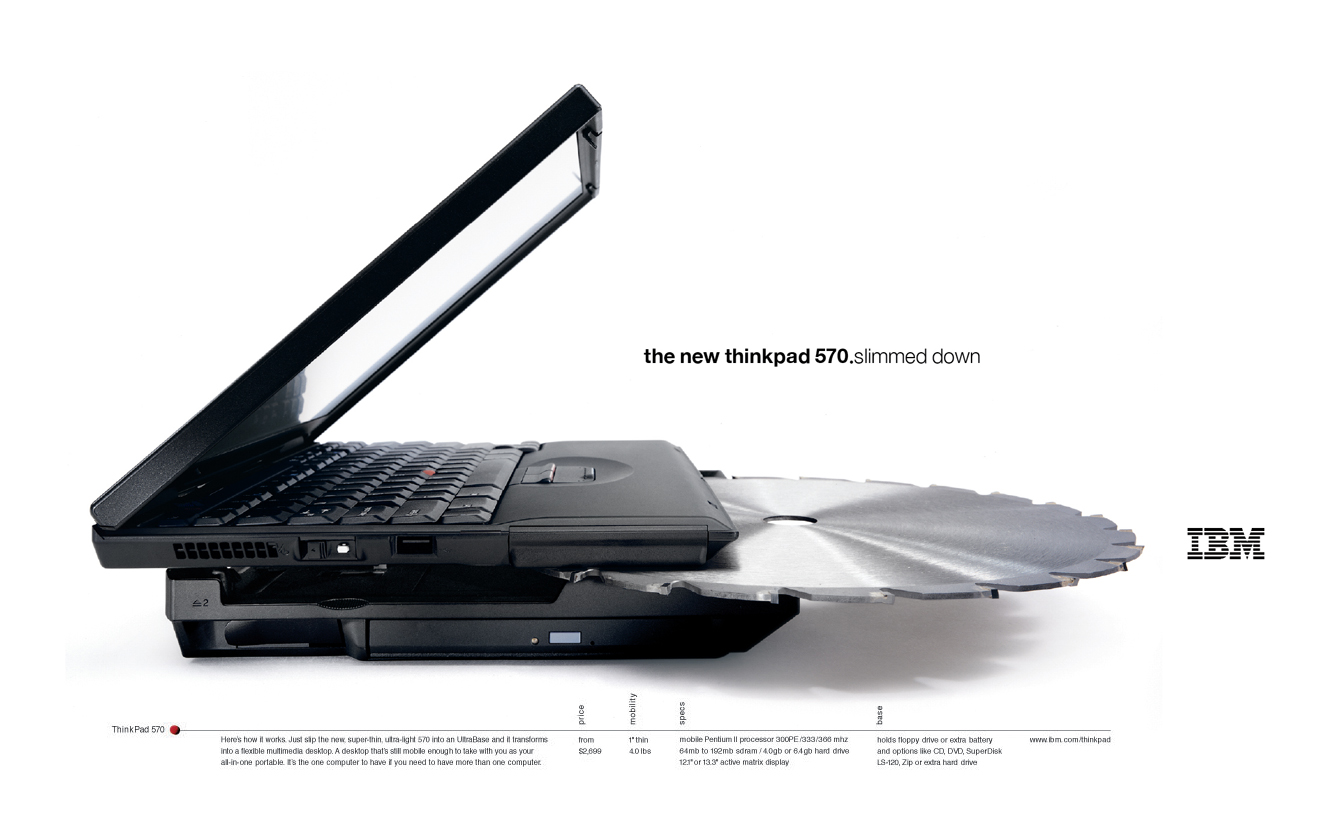 Thinkpads are the absolute best notebook computers you can buy today. Don’t believe me?

Sure, they be expensive, some of the most expensive notebooks out there. But you know what? They’re worth it. Here’s why:

Like I said, IBM is the most rock solid notebook maker out there. My next notebooks’ gonna be an IBM. I only hope they come out with a model to compete with this one. sigh…. half an inch thick. 12.1 screen. 2.5 lbs. I want it. Bad. Except it’s not a Thinkpad…

There’s one thing I absolutely hate about any product – the fact that something is 100% built in, but the manufacturer designs it in such a way that forces you to pay extra dough to actually use the built in functionality.

In a total money grab (and nothing but a money grab), did you know the Xbox has the ability to play DVD movies in the box, complete, except for one thing. They put a locking chip on it, and force you to shell out an extra $50 for the unlocking chip and a cheap ass remote? That, my friends, absolutely sucks, and is the prime reason I won’t buy an Xbox. Ever. I’m perfectly happy with my PS2, and it’s ability to play DVD movies right from the get go. Boo Microsoft.

It reminds me of another product I bought once. Back when “holiday cards on a CD” started as a rage, I bought the American Greetings “Deluxe” version. Little did I know that when I got home, my $60 software purchase had about 75% of its content “locked”, requiring me to pay an extra fee to release bits and pieces of it. Bullshit. Bullshit bullshit. I did three things, and I’m proud to admit to them all.

First, I tried to return it to Office Depot claiming it was a rip off, and outright lying in advertising on the box. Of course, they pulled the old “you can’t return opened software” BS, which is BS, but I didn’t bother to fight it. Next, I searched the net and found a “crack” for the crippleware, and very happily applied it. Third? I vowed to never again buy any products from American Greetings or Broderbund, the company that puts the crippleware out.

And some four years later? I’ve kept to it, and spoken with my dollars.