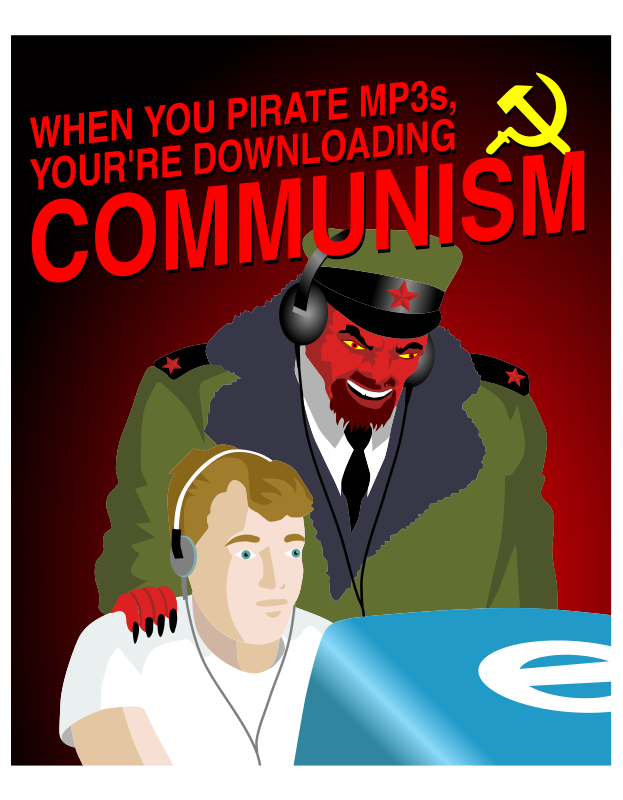 All the copyright crap that’s going down is really getting me down as of late.

If you read through the archives here, you’d probably think I’m all about stealing MP3s, lifting book copyrights, etc etc.

But I also believe that as a buyer, you should have some serious rights as well. For instance, if you buy a book, you have the right to read that book in whatever format you want. I happen to like reading books on my Sony Clie (or my PocketPC). But book publishers don’t give me that choice. In fact, they want me to pay twice for the “privilege” of reading a book I bought in paperback form, if I want to read it on my Clie. That is wrong, but in the US and in Canada, the law is on the book publisher’s side (albeit in a very muddy way).

I happen to own every fiction book by Tom Clancy. Some in both hardcover and paperback. If I bought the hardcover should I get the paperback for free? No, because there’s a tangible cost there in materials, delivery, shipping, and re-editing, along with other costs. I acknowledge that, though I still think that hardcover buyers should be given a cut rate for paperbacks because they’ve already paid for the license to read the book. (that’s another story).

But really – there’s very little in the way of cost of delivering a digital version of a book. The work’s been done – books are laid out in a desktop publishing application, and all it requires is printing to Microsoft .lit format, or PDF, or Palm .doc format using no brainer tools. The cost is minimal, and even if you throw in CD costs and packaging, you’re talking $0.05, $0.10 per book. More like $0.02 or less if made an electronic download.

Well, I’ve found Palm-pilot versions of almost all the Tom Clancy books, and I’ve downloaded them, and I’ve read them on my Palm. I guess I broke the “law”. No moral or ethical laws, mind you – but a pro-corporate set of laws (and bills) that would make me into the next Hitler.

I hesitate to even get into MP3s. I own about 350 CDs (original) that I have bought over the years. But in 1999, if I “cut and pasted” various songs from these Cds onto a compilation CD to listen to the series of music I wanted to listen to, in Canada, I would be breaking the law.

In 2000, I wasn’t breaking the law if I did this, but guess what – the music industry got the government to tax me for this “privilege”. In 2000, every blank CD sold in Canada had a “levy” (another word for tax) on blank recording media, with the money going into the pocket of Celine Dion and Bryan Adams, and other musicians – the higher their sales, the more money they got. In 2001, this levy was jacked up to just under 50 cents a CD, and in  2003, they’re aiming to have it over a dollar, and possibly two dollars per blank CD. The madness won’t end.

My problem is I burn through a lot of blank CDs – about 25 a month, doing backups of our company’s work, projects, word files, photoshop files, and prepping CDs for clients, with their work on the CD. In a given year, I may burn 3 or 4 CDs into music compilation discs, out of approximately 300 blank CDs bought and used.

Prior to this levy, I had no problems buying CDs. I felt they were overpriced at times for the music you want (one or two songs for most artists, the Tragically Hip excepted), but with this levy in place, my will to go into a music store and buy a music CD has greatly diminished, and my ethics, which I think are normally very high, tell me there is no moral dilemma in downloading 10 or 11 CDs’ worth of music, or 130 songs, without paying for it. Because I actually have paid for it. But hey, if I do, I’m an evil pirate.

When you look at how far the pendulum has swung over to RIAA-backed companies, the MPAA who are trying to force thru legislation in the US to make their own efforts at hacking above the law, and how RIAA-supporting companies are ripping off their own artists and trying to make you and I pay $2USD or more per song to download when you already own the CD with the same song, I really wonder who the pirates are.